Handmade Persian area rugs are trendy among homeowners due to their beautiful and intricately carved designs. Their breathtaking looks and magnificence make these rugs unrivaled among the rugs produced in various parts of the world.

Rugs have been produced for centuries in Persia, and this rug crafting tradition got passed from one generation of weavers to the other. Appealing and attractive handmade Persian area rugs are still being produced by the craftsmen in modern-day Iran which are adding to the beauty of homes, offices, and other places.

Persian rugs are classified into different types by their design. We are sharing with you some useful knowledge about different kinds of popular Persian rug designs. This knowledge will help to improve your understanding of different types of handmade Oriental area rugs from Persia and make it easy for you to choose the right carpet for your place.

Traditional handmade Persian area rugs are exquisite and stylish. They feature numerous Persian design motifs and patterns with the use of fabulous colors. Artisans create intricate motifs and patterns on traditional Persian rugs which define the style. They use fine and thin lines to direct motion and draw the viewer’s attention from one section of the rug to the next.

Many traditional Persian rugs have the presence of basic all-over designs which span the entirety of the rug’s core. A single basic design is often repeated in a series of patterns across the field. These traditional patterns are not created with borders, and once the spacing limit has been reached, the design pattern ends suddenly. This is done with the purpose to create a sensation of infinity. The borders of a traditional handmade Persian rug indicate that the pattern is free to continue beyond the rug.

Tabriz and Kashan rugs are good examples of traditional Persian rugs. Traditional Tabriz rugs contain classical medallion designs and a host of allover patterns in various colors including rich tones and soft pastels. Traditional Kashan rugs have a central medallion on a red field with navy and ivory borders. This medallion-and-corner pattern is also referred to as the “book-cover” or Koran design. The design derived the inspiration from the beautifully tooled leather covers which were used to bind the Koran.

Gabbeh and Hamadan are great examples of tribal Persian rugs. The design in Gabbeh rugs consists of small-scale human and animal design forms and at times tents or buildings which can be seen distributed all across a relatively open field or landscape. Generally, there is no border of any kind on these rugs.

The design patterns in Hamadan handmade Oriental area rugs vary from floral and geometric to overall Herati designs. Most of the Hamadan rugs have a geometric pattern. The most common motifs in these rugs consist of the medallion-and-corner design or the all-over boteh or herati designs. Hexagonal-shaped and diamond-shaped medallions are commonly used in Hamadan rugs. Often the all-over herati designs display a narrow field that is shaped like a large octagon.

As their name implies, Geometric Persian Rugs contain geometric patterns. These rugs include grand medallions, sinuous vine scrolls, and precise latticework rug patterns or coffered compartments. The geometry and mathematics of each right-angle corner or accurately calculated curve make the smallest and grandest elements in these rugs look extremely beautiful.

Bidjar and Ardabil are good examples of geometric handmade Persian area rugs . The most common design pattern seen in the Bidjar rugs is the Herati which is also called the fish pattern. Medallions and floral motifs can also occur in Bidjar rugs .

In Ardabil rugs, motifs and objects are woven into the borders, and the colors are lighter than some others. The design patterns are predominantly geometric. The most common layouts on Ardabil rugs happen to be medallions, multiple connected diamond-shaped medallions, and all-over octagonal shapes. The most recognized design found on these rugs is the Mahi design which consists of small fish figures throughout the rug with a diamond medallion at the center.

Some modern weavers have begun preferring bold geometric patterns over the traditional Mahi design. They have added colors like turquoise and purple to the more traditional colors like green, red, blue, ivory and pink.

Persian Allover Rugs feature a design pattern whose all parts are interconnected. This design is usually drawn without the designer’s hand ever being lifted.  These handmade Oriental area rugs from Persia contain motifs that are composed of repeating or non-central patterns with no particular focus within the carpet.

Turkoman and Botemir are great examples of allover Persian rugs . In Turkoman rugs , the same geometric design is repeated in the rectangular area which lies inside the borders. On the edges, a different geometrical pattern is repeated. In Botemir rugs, a dot-like pattern is repeated in the rectangular, hexagonal, or octagonal-shaped portion of the rug that lies inside the border. The rug's border contains different stripes that include a different design of their own, which is made from the repetition of geometrical shapes.

Bakhtiari and Sarough are prime examples of floral/garden Persian rugs. Bakhtiari rugs usually contain floral designs which are also called garden designs. The design elements with the Bakhtiari rugs are generally displayed on darker colored backgrounds which enables a colorful contact.  Sarough rugs have designs that exhibit dense sprays or bouquets and vines symmetrically arrayed across the rug, on burgundy or deep blue background.

Kashmar and Isfahan are good examples of historical or pictorial Persian rugs. Kashmar rugs often depict a historical or garden scene. These rugs are exquisite carpets. Cream and light blue are the most typical colors used in them . Isfahan's pictorial rugs contain hunting scenes or show critical events related to the life of prominent men and women in history .

Persian Prayer Rugs mostly use an arched doorway, and niche mihrab design motif. This mihrab depicts the qibla or niche in the main wall of a mosque which enables the faithful to orient themselves toward the city of Mecca when they are engaged in prayer or namaz.

Qum and Qashqai are great examples of Persian prayer rugs. Qum prayer rugs contain intricate designs in which Mihrab is represented by a pattern of flowers or a building-shaped design.

Magic Rugs is one of the top rug stores in Charlotte NC that offers a wide range of beautifully designed antique Oriental rugs for sale including palace size Persian rugs and Persian tribal runner rugs. These help to enhance the aesthetic appeal of homes, offices, and other places , fill the owners with pride and let them leave with a great impression on their guests and visitors.

How to Decorate With Handmade Persian Area Rugs

By Iman Magic
in Magic Blog

Home decor is so much more than just having an idea of how you want your rooms to look, but you must also have coherence...

HOW TO GET RID OF MOLD ON HANDMADE ORIENTAL RUGS

Handmade Persian area rugs are one of the most effective and fundamental components that show the central theme of Persi...

Handmade Persian area rugs and Oriental carpets possess this unique combination of functionality and style that make the...

How to Decorate With Handmade Persian Area Rugs 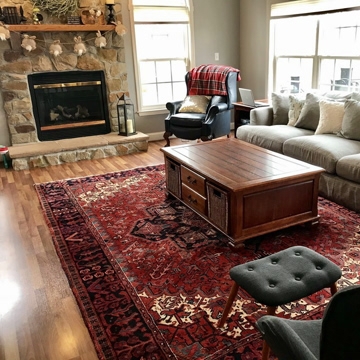 HOW TO GET RID OF MOLD ON HANDMADE ORIENTAL RUGS 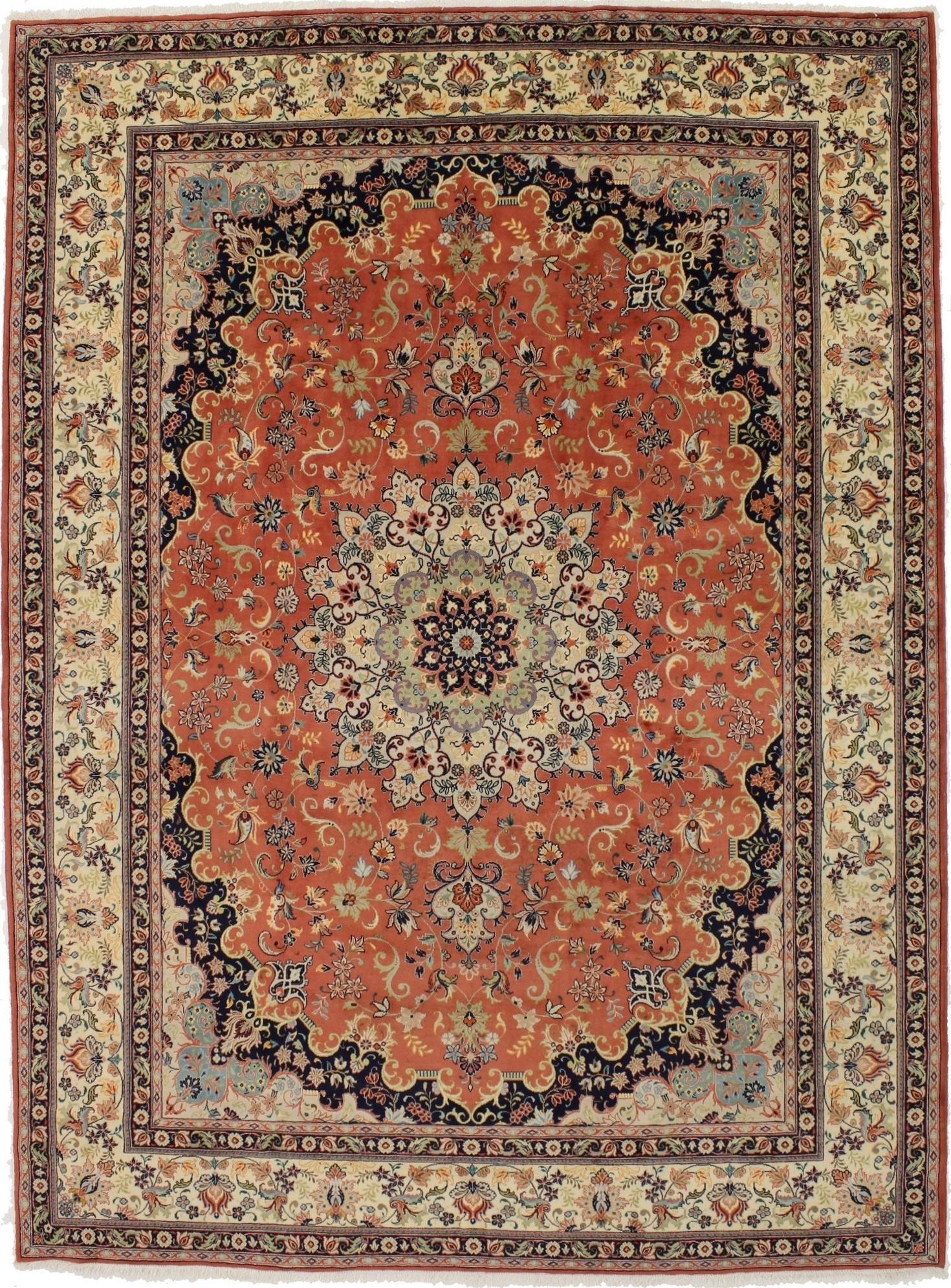 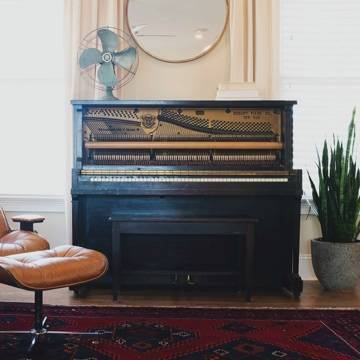